Google is experimenting with a new and exciting feature, Google Star, for Chrome users. Noticed first by Florian Kiersch, this feature would enable users to ‘star’ web pages for future reference. This staring would be different from bookmarking links, as the users would be able to search with in the starred items and organize them in public or private folders. It appears that the Google Star would be a web service similar to Google Keep, and may support other browsers and platforms in future. It may be available to the Chrome users as a stand-alone browser extension, or even be a native integrated feature.

Kiersch found the clue about Google Stars while searching the source code of Google Collections modules, another experiment from Google. He believes that Google may announce Stars at Google IO 2014. He also shared the following image with The Verge, which contains possible logo and branding stuff. 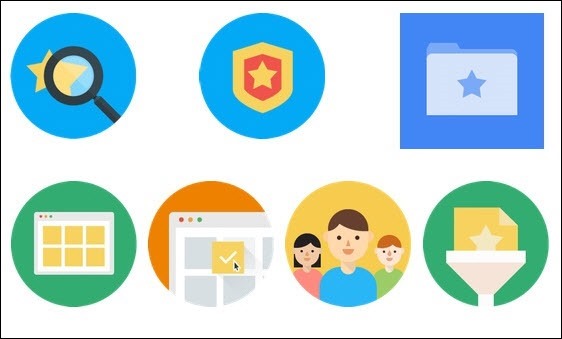 Just to mention here, the Opera browser has a related feature, Stash, which enables users to collect web pages for future. When a user clicks on the Stash button in the address bar of Opera, it takes a screenshot of the visible area of current tab and saves that with other meta data.

Arpit maintains several browser-based tools including many popular extensions. Follow him on Twitter, or email at editor@browsernative.com.
Article published on April 23, 2014, Last updated on June 20, 2019.