Mozilla has launched its own VPN service named as the Firefox Private Network. This VPN service is available as a Firefox add-on to the users in United States. Support for more platforms and regions is coming soon.

The Firefox Private Network is powered by Cloudflare and Mullvad, and just like other VPNs, it encrypts web traffic to protect users’ identity and activities over the internet. As VPNs have total control over user’s internet access and data, a VPN from Mozilla would be a boon for the users. A shady VPN company may misuse its powers by logging & selling users’ data etc. VPN service from Mozilla will ensure that users’ browsing data is in safe hands. Mozilla promises to collect only minimum required data to detect and handle service misuse and usage. This stored data will be deleted within 24 hours to ensure privacy and anonymity for the users. 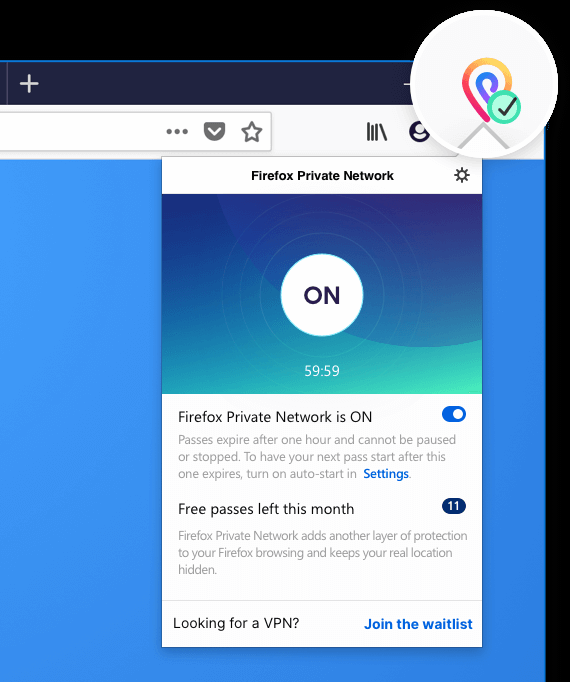 Firefox Private Network (FPN) would support all leading operating systems and browser including Windows, ChromeOS/Chromebooks, Android, iOS and macOS. Although, Mozilla has not announced any ETA for these platforms, a limited beta testing is ongoing for Windows. The FPN browser extension for Firefox, which is currently available to the US users only, offers browser-level encryption protection. This extension is very light-weight and free-to-use for first 12 hours every month.

The operating system level VPN client would be a paid service with subscription fee of $4.99 per month. It would offer servers in 30+ countries, support for up to 5 devices and (apparently) unlimited data usage.