Firefox, Chrome and other Chromium-based browsers provide an option to manually update installed extensions. This option is very useful if you don’t want to wait for the automatic update to get installed by itself. Moreover, if you are stuck with outdated extensions for some reasons, you can force update them easily.

Open Chrome’s extension management page by typing chrome://extensions in the address bar, or visiting Menu > Extensions. On the right-top corner of this page, you can locate a toggle button for Developer mode. 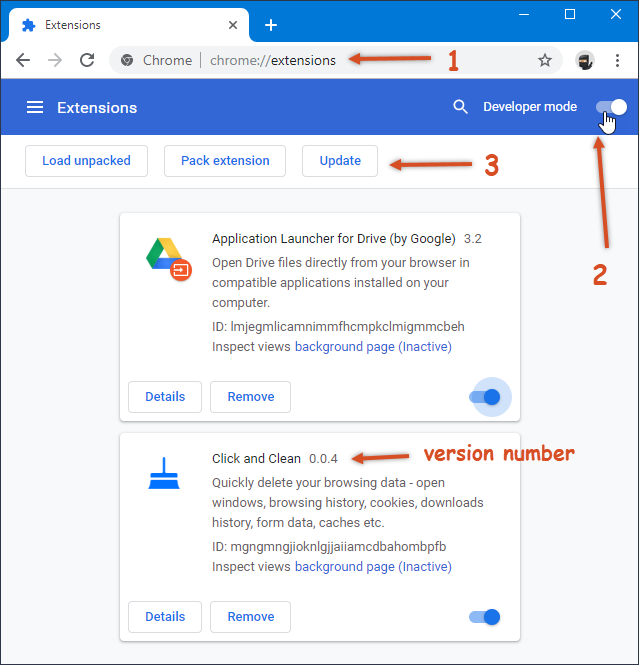 Enable this option, which would show an Update button along with two more buttons, Load unpacked and Pack extension, as shown in the above screenshot.

Just hit this update button, and within a minute all installed extensions should be updated to the latest released version. You can also see the version number of these extensions, which is set by the developers.

Open Firefox’s extension management page by typing about:addons in the address bar, or hit the keyboard shortcut command Ctrl + Shift + A. On this page, you can a gear icon as shown in the following screenshot: 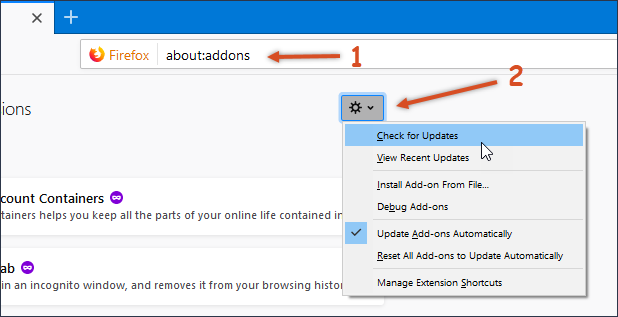 Click on this gear icon and select the option “Check for Updates”. This should update the installed extensions within few minutes.

Not Installed from CWS or AMO?

If you have installed an extension from third-party sources, or have loaded an unpacked extension, your extension may not be updated automatically. Although, browsers provide a mechanism for such extensions to update in background, it is up to the developers to implement and support the background update feature. Alternatively, you can uninstall the previous version, and re-install the latest version directly.

Arpit maintains several browser-based tools including many popular extensions. Follow him on Twitter, or email at editor@browsernative.com.