Many browser extensions offer keyboard commands to easily perform their certain tasks. For example, users of Facebook Share Button extension can use the keyboard command Alt + S to easily share any webpage on Facebook.com. Developers of such extensions can decide the appropriate keys combinations for their extensions using the browser.commands extensions API.

The following steps are applicable for Google Chrome, Microsoft Edge and other Chromium-based browsers. To see and change the default keyboard commands offered by the installed extensions, open the command shortcuts settings page by typing the following URL in address bar:

This page lists all installed extensions with their default custom keyboard commands, as shown in the screenshot below: 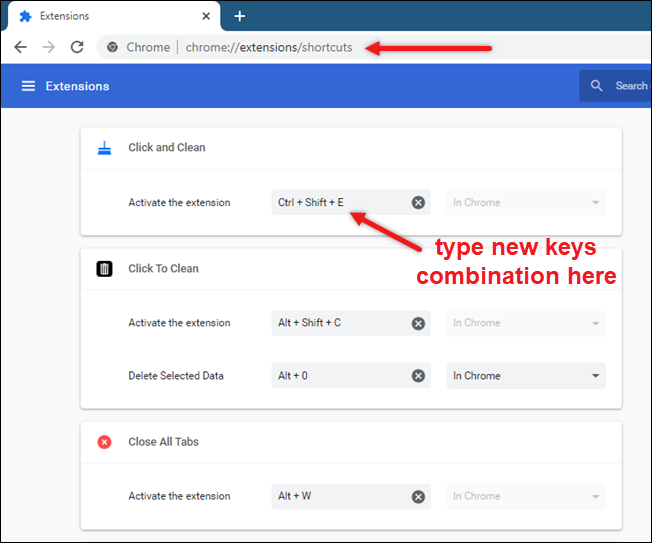 You can now see and change the keyboard commands for various actions offered by the extensions. To change any shortcut keys combination, just click on the command field and press the desired keys combination.

Supported keys: A-Z, 0-9, Comma, Period, Home, End, PageUp, PageDown, Space, Insert, Delete, Arrow keys (Up, Down, Left, Right) and the Media Keys. All key combinations must include either Ctrl or Alt. Combinations that involve Ctrl+Alt are not permitted, but Shift can be used in addition to Alt or Ctrl, though it is not required.

For Mozilla Firefox browser, follow these two steps to change the default keyboard commands offered by the extensions:

Step 1: Open Add-on Manager page by pressing the Ctrl + Shift + A command or typing about:addons in the address bar. 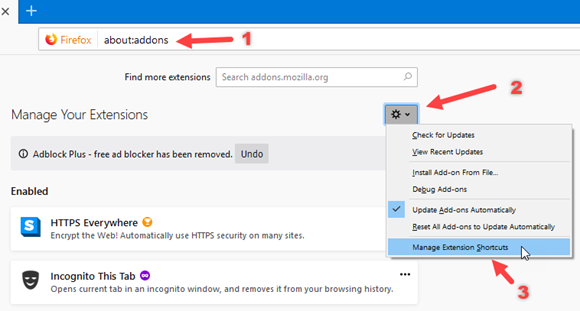 Step 2: Click on the gear icon in front of the “Manage Your Extensions”, and select the option “Manage Extension Shortcuts” (see the #3 in the above screenshot). 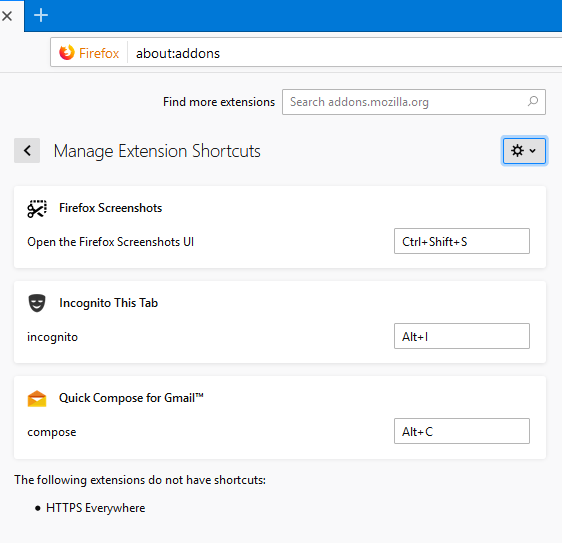 This would load the commands management page, where you can see and change the keys combinations similar to the Chrome and Edge browsers.